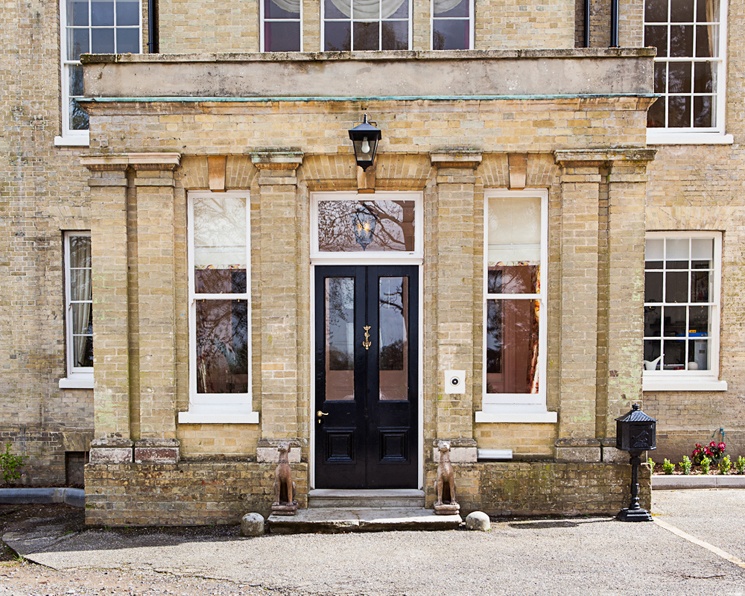 Blackbrook House Residential Care Home in Fareham have just celebrated their first Christmas with residents, and in true traditional style had large large family Christmas. Stephen who owns and runs Blackbrook brought his family in to share the Blackbrook Christmas celebrations with all of the residents, and with chef's Turkey and Beef roast dinner a fabulous time was had by all....Stephen describes the day as a "Big Old Family Christmas'!

Stephen is the driving force behind the warm and happy atmosphere at Blackbrook House Residential Care Home. He has a caring history that started way back in 1984, when his mother opened the Avenue Care Home (also in Fareham) and he used to help out around the home.

Later Stephen trained at Queen Alexandra School of Nursing in Portsmouth, and amazingly did some of his RGN training at Blackbrook House! At the time it was well known as a NHS Maternity Unit.  After gaining his RGN qualifications, Steve worked for the NHS for a short time before moving into full-time care home management. He has owned and managed care homes for the past 20 years including the Avenue Care Home and Dauntsey House in Wiltshire, and has a real passion and depth knowledge of the care of elderly people. Blackbrook House has taken several years to come to fruition and this amazing care home is primarily down to Steve’s commitment to elderly people and investment in care.

A Chilly Day In The Sun